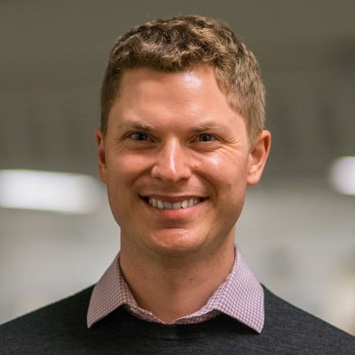 John Kloosterman is a teaching faculty member in Computer Science and Engineering at the University of Michigan.

Fixing the Courses Everyone Loves to Hate
The Chronicle of Higher Education, December 2019
EECS 183 is participating in the University of Michigan Foundational Course Initiative.

Computer Science Education: I believe that education is a two-way exchange, where learning happens best when I work to understand my students at the same time they work to understand the material. This is difficult with very large (500-1000 student) classes where there is no single reason why students are motivated to take the class and no single reason why students struggle to succeed. Education research is one way to listen to students' needs.

Autonomous vehicle security: Autonomous vehicle software, such as Apollo, is implemented as a distributed system, with multiple modules communicating using message passing. I created tools (published EuroS&P 2020) that can automatically identify vulnerabilities in the ways these modules interact, which developers can use to secure these critical systems.

GPU multi-kernel execution: When multiple kernels are run at the same time on the same GPU, they can often achieve higher throughput than when they are run consecutively, because there are times they have complementary resource requirements. During other times, they can interfere. My work has found resource partitions that limit the impact of interference.

GPU register file design: GPUs need to have hundreds of kilobytes of register file, because so many threads are executing simultaneously. However, not many of these registers are accessed in any given period of time. RegLess (published MICRO 2017) is a technique to save energy using a much smaller register structure that stores only active registers.

GPU memory coalescing: Nearby threads on a GPU tend to access nearby locations in memory, allowing requests to the same cache lines to be merged to increase memory throughput. WarpPool (published MICRO 2015) used a new type of memory locality between loads made by different thread groups to merge more requests.